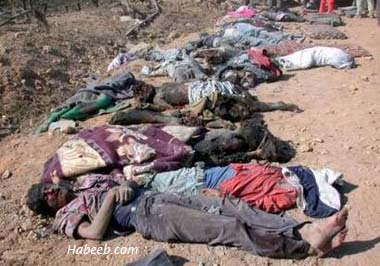 an here's a site portraying the War on Gaza as threat to Israel ,..but still shows some horrible pics,;i.e Image below 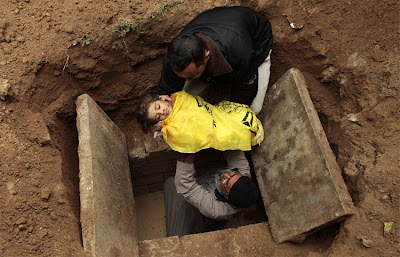 Facts:
Saudi Arabia, Egypt, USA, Uk and many more Wanted Israel to continue the war until the resistance is no more .. They also said nothing about the Chemical wars Saddam launched against Iraqis and Iranians until he  was a threat to oil field of the Gulf, they all came to the rescue,.. Asad had always warned against Saddam and had severed ties with him right from the beginning ,.. 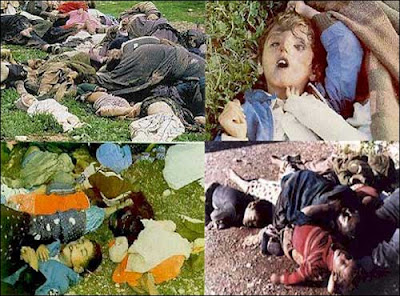 Fact:
Syria is home to all Palestinian resistance groups, supports resistance in Lebanon, and got close ties with Iran ,.. all are officially sworn enemies to the Zionist Entity ,..
Something the USA can NOT stand or accept ,..

Fact:
Syria is not Oil rich like Saudi Arabia, Qatar, or have their market open to Zionist Trades like the UAE
Tyrants Sheikdoms of the Persian Gulf  and not a side kick to either of them like Bahrain ..
Had Syria been so, the USA would have looked the other way and let Killings continue just like they did with Saddam and are doing now as regrads to Bahrain slaughtering, Rape, killing of women and children .

Fact:
Puppet regimes like non-Mubarak of Egypt, non-Zayn of Tunisia, and Gadhafi of Libya are no more,..
Egypt's border are now a possible threat to Israel,..
The USA, Israel and the Arab League cannot have this to safe guard Israel ,..
and with Syria active and well under the leadership of a known anti Zionist heritage of alAsad ,.. this threat is multiplied by a thousand ,..

Fact:
Iran, the closest of allies to Syria is a Nuclear power, self sustained independent nation m,, and shares all of this advancements with the Syrians ,.. including military power ,.. plus that Syria got it's own advanced technology ,.. non of the other tyrant states have ,..

Fact:
The "Islamic " Brotherhood, which is actually more of a cult than a group is been viewed by the USA as the alternative group for alQaeda who betrayed the USA, Saudi Arabia, Egypt, UAE who created it to fight off the " Communists ",.. and now they needed a new enemy ; The Shiite Iran ,..
Little they know that these people are lurking silently, flowing smoothly, waiting for the Chance to announce the Universal State of Islam,.. just like the Turks were ,...
In Saudi Arabia where sectarian hate is the game,.. they are the worst sectarians,..
In Kuwait where Democracy is slightly practiced they wrode that wave too, and even stormed the parliment and took over the Nation ,..
In Egypt the people took to the streets against the Tyrant, so they found a chance and they came out ,..
In Every country they took advantage of the main stream ,..
In Jordan they played it the same way too ,.. with the powerful tribes,.. and with the Jordanian of Palestinian orgin, they used the first to pressure the government , and used the latter to demonstrate ,..

and in Syria of course, they changed none ,.. they uncovered their true plans and actually came out shooting and slaughtering people , just like alQaeda in Iraq did, Zarqawi kitchen knives killings are still on youtube

Summary:
I do Not trust state owned Media, AlJazeera is no exception, even worse, owned operated , supervised by MI6, CIA, and The royals of Qatar, ..Brotherhood is present in every program they have, especially religious programs ,..

The United States, the Zionists all want Asad down,.. enough for me to want him well and kicking the hell out of them ,..

Syria needs reforms, but why is it that the Brotherhood, USA, Saudi Arabia, the Arab League ,. DO NOT want elections??? and are providing the brotherhood and allies with weapons?? Turkey also is on the line whole and all ,.. Why weren't they so keen on Yemen and Bahrain ??

Syrian Death and casualties are the highest among all Arab revolutions ever, less Libya, because NATO was there m and we Know what a killer NATO is ,.. about 6000 deaths now ,.. police stations are totally destroyed, officers are slaughtered letterary ,.. and dismembered a live, minorities are hunted down, Raped, tortured and alot more,..

The Key here is Palestine,.. and Asad is all heart and soul for her ,.. not the tyrants of Bahrain or Saudi Arabia ,..

In Syria, Mosques, Churches, synagogues are all side by side, Taverns, dance clubs, people have more freedom than some parts of the USA where hate, racism, rape occur daily ,..
These are illegal in Syria, all and all are respected and protected by law, where in Saudi Arabia, nothing of the sort exist, all people will go to hell because they are infidels according to the official stand, no Churches, minority rights are totally none existence, Just as I type this, people are being killed, Jailed, and framed for drug trafficking, destructive criminal behavior , just because they  were marching demanding the least Human rights Parroted by the USA every hour ... in Bahrain also, home of the USA 5th fleet,.. watch the news, that is if you could find any,.. all of these killers and Tyrants are saints to the USA so long they allow Israel to but screw them at will, and give the USA full control of oil resources ,..

A Qatari resent survey showed that Asad has a 55% support, yet no one of the allied forces of America accept that Syria run elections,.. they only want Asad down,.. hell no, that will never happen and many will pay dearly later on ,..

Asad is my choice, Syria needs reforms, terrorists must be punished, and the regimes that must be brought down are those regimes that want the Syrian regime down,.. and I am not alone,.. don't take my word for it,.. see the Millions marching in support of their leader,..

live with it or die fighting against it,.. see who cares ,.. 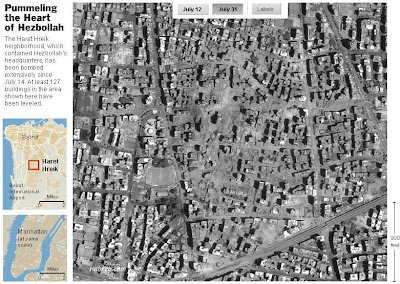 They want Asad down, so they could do this all over again ,
and it isn't London during WWII, but it's definitely Hitler resurrected or someone exactly like him who did this, and .... more,..
Posted by تور نود at 2:38 PM